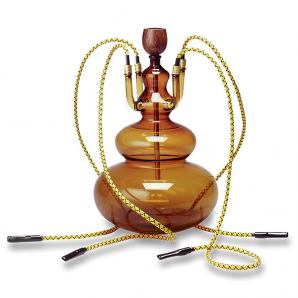 Bongs are not exclusively used for smoking cannabis. In fact, most head shops will tell you that their products are actually used for the consumption of tobacco. For one type of waterpipe, such use is common, and commercially viable – the hookah. A hookah is a bong-like apparatus that combines water filtration with multiple tubes. A large bowl of tobacco, usually flavored, sits atop the hookah, and multiple smokers at once can enjoy the experience.

Where To Find A Hookah Lounge

Hookah lounges are prevalent in large urban areas and in college towns where there is a burgeoning campus population. They tend to attract the kids, sure, but they also appeal to those who adhere to religious beliefs that forbid the consumption of alcohol. For them, a hookah lounge is the ideal meeting place, where they can relax and enjoy themselves without coming face to face with a social setting that they consider taboo.

In Arizona there are 16 hookah lounges, making them the only kind of establishment in which people can smoke. The lounges are festooned with modern amenities, like big-screen TV sets, and some of them offer oxygen as an option for smokers. For hygiene purposes, the hookahs in public lounges generally come equipped with disposable mouthpieces.
Unlike cigarettes, which hookah fans consider to be symbolic of nervousness, smoking a hookah is meant to provide relaxation and reflection. It is meant to instill feelings of patience and tolerance, and it promotes the appreciation of good company. It is seen as an exercise in the passage of time. However one views it, hookah lounges have injected new life into the restaurant and nightclub scene all across America.

This entry was posted in Lifestyle and tagged arizona, hookah. Bookmark the permalink.