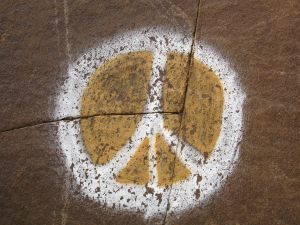 Every so often a story finds its way into the media that both warms and chills the heart at the same time. This happened not long ago on Long Island. A convenience store owner named Mohammed Sohail, age 46, was working in May of 2009 when a masked robber came into his store. Sohail resonded by picking up his (legally registered) shotgun. Naturally, this reduced the would-be robber to a sobbing, trembling mess. He fell to his knees and begged forgiveness, claiming to be broke and unemployed.

Waaay Out of the Ordinary

Remarkably, Sohail did something that is unheard of in today’s society. He gave the man $40 and a loaf of bread. And he let him go after extracting from him a promise to give up his life of crime. The media portrayed this as an extraordinary act of kindness by the Pakistani immigrant. Then, in a new tradition that has sprung up in the past couple of decades, he learned that no good deed goes unpunished. Not long after the incident, town authorities raided Sohail’s store, seizing 101 pipes and six bongs.

The compassionate businessman was cited for violating town codes, which carries a hefty fine. Sohail claimed to not know that the pipes and bongs were used for the consumption of drugs; he had never been ticketed or summonsed before. “I’ve never even smoked a cigarette in my life. I thought they were for tobacco,” he said. “I don’t even drink beer, just strawberry milk.” It’s shameful that the man felt the need to assert that he doesn’t sell drugs. “I can leave everything – this store, everything in it – for my good name. I love my good reputation.”

The owner of a small business, especially one with such a big heart to go along with his American dreams, should not be targeted by government as it seeks to line its coffers with fines for selling products that are sold for the use of tobacco, which is subject to considerable excise taxes levied by that same government. If there’s a better example of hypocrisy, we’d best all not know about it.