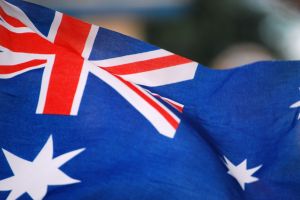 In 2007, authorities in Australia became quite concerned about strains of “super dope” – an extremely potent brand of cannabis introduced and cultivated by Vietnamese immigrants, who learned the indoor-growing techniques from those who perfected the art of hydroponics in Canada. In a hysterical editorial, the Melbourne Herald-Sun described this “new” marijuana as “highly addictive”. This was a natural outgrowth of Australia’s dalliance of late with far-right conservatism.

Misconception Is The Rule Of The Law

Overreaction, to which all governments are prone, was predictable. By the end of the year, New South Wales had begun the implementation of a ban on bongs, pipes and hookahs. Christopher Pyne, the minister responsible for drug policy in Australia, welcomed the “There is a growing body of evidence demonstrating links between cannabis use and debilitating mental illness,” he opined, adding that he was “delighted” that South Australia was receptive to the idea of paraphernalia prohibition (which closed shop doors and put people out of work).

Before much longer, the ban on bong sales was in place, with penalties carrying as much weight as two years imprisonment and fines up to $50,000. As soon as the ban was implemented, Australian health experts came out and stated definitively that it was a bad idea. For starters, they noted that filtering smoke through a bong reduces volatile chemicals, carcinogens and tar. Pharmacologists also expressed concern that Australians would simply resort to making their bongs out of household or industrial items, which they say could be toxic, especially if they involve plastic items such as bottles.

The chess match will go on until Australian authorities come around. Already, as store in Adelaide offered glass bongs for sale, except he wasn’t calling the “bongs”. He was calling them “water-pourers”, and it didn’t go unnoticed. So it will go, the pitched and endless battle between human nature and a government that wants to stifle it.