Benefits of the Bong 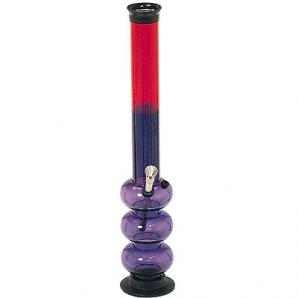 Other than pure subjectivity, or preference, it makes sense to ask the question, why should I use a bong instead of packing a pipe or rolling a doobie? One need not be a stoner to wonder about such things. Health professionals have long taken an interest in the benefits of using bongs. They believe that filtering the smoke through water cools it down, which reduces some of its harmful properties, and that it removes some impurities such as tar.

Those who partake in the smoking of cannabis like bongs for two reasons. One, it allows them to take in larger amounts of smoke as they search for, one would suspect, that mind-blowing experience. The other reason is, plain and simple, conservation. A joint, as logic would dictate, is burning the entire time it is being passed around, even when nobody is puffing on it. And even when they are, so much of that expensive smoke is wasted.

Pipes are better than joints as far as wasted smoke goes, and they are more portable, and their design elements are as elegant as they are endless. But they cannot be as efficient as bongs, which feature a smaller surface area being burned, and thus a more easily extinguishable bowl. Further bongs can adapt to variable bowl sizes, to the point where one could be firing up all of marijuana (or what have you) in the bowl in one draw. Net loss of smoke: Zero.

In the end, though, it comes down to no more than a matter of preference. Bongs are more versatile. Hot water, ice, flavor additives, one can “change the channels” on a bong whereas a pipe or a joint, at the end of the day, is just another way to get the job done.

This entry was posted in Tips and tagged benefits, bongs, weed saving tips. Bookmark the permalink.